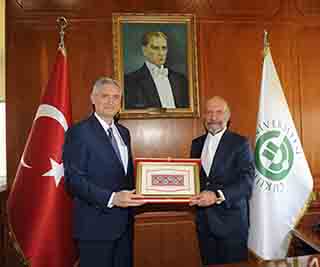 The protocol that signed at Çukurova University comprises terms and provisions enabling academic staff and student exchange. In the line with the terms and provisions that defined by the protocol, educational programs implemented by faculties, schools and graduate schools under the bodies of both universities will be enhanced and harmonized with international standards by exerting joint effort. The protocol also comprises provisions regarding cooperation for establishing a new faculty of agriculture within the body of the Near East University.
Back to news
To main page