Cases when Turkey is viewed not just as a summer holiday destination but also as a country for higher education is no longer a rarity. It took only a few decades for this country to completely reform its educational system and create a fertile ground for the emergence of new progressive universities that today occupy the leading positions of world ratings.

• Bachelor (a study program for a period of 4 years);
• Master (two-year study program);
• Doctor of Science (training can last from two to four years).

The most popular educational destinations among foreigners include business, tourism, marketing and commerce, international relations, as well as computer technology.In order to become a student of a Turkish university, you need to get a full secondary education. In most cases, applicants must pass an entrance examination consisting of a test of knowledge of the exact sciences and the Turkish language. If you choose the curriculum in English, then the knowledge of the Turkish language is not mandatory, although it is the study in Turkish is the most budgetary. It should be noted that many higher institutions in Turkey offer training programs in several foreign languages: German, English and French.

The advantages of studying in Turkey for foreigners:
Turkey, as an educational country, has a lot of advantages for foreign applicants. As of 2018, Turkey has more than fifty thousand students from other countries. This shows the high attractiveness of Turkey as an educational springboard in the professional future. Eleven Turkish universities include an international ranking of the world's top universities, and, accordingly, offer education of European and British quality at very economical prices. The universities of Turkey care about foreign students, that's why universities provide comfortable campuses with developed infrastructure and 24-hour Internet. It should be noted a large number of educational programs, with the participation of other British and European universities, which involve a close collaboration and exchange of students.  Also important is the fact that advanced Turkish universities cooperate with various national and foreign organizations and companies that offer students profitable internship programs and internships, as a result of which the student can find potential employers during his studies.

If your choice has stopped on getting a higher education in Turkey, you can be sure that you will get acquainted not only with a beautiful country, but also get a profile training first-class level at an affordable cost. 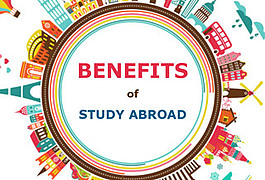 Studying abroad can be one of the most beneficial experiences for a student. By studying abroad, students have the opportunity to study in a foreign nation and enjoy the appeal and culture of a new land. It may be a high priority for some, and for others it is a real challenge. Like everything else, it has many advantages and many disadvantages too.   However, the value of the advantages of the student studying abroad and the reflected academic, cultural, educational and career development cannot in any way be compared to some of the negative aspects that can be exposed to it, which often have effective solutions.   Here is a list of the top 5 reasons for you to study abroad: 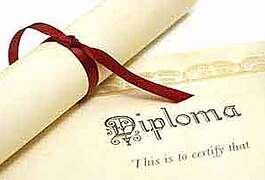 The length of MA and MSc is about 4 Semesters, and students are obliged to study for two. semesters at the University of Tabriz and two semesters at the Near East University. In special cases and with the ratification from related committee’s duration of the study period can be extended up to twelve months. The length of PhD is about 3-4 years, half will be done in University of Tabriz and the rest in the Near East University. All courses and thesis of students will be in English Language and be supervised by Professors of both sides.Degree The graduates will receive joint Master and PhD Degrees from two Universities.TABRIZ UNIVERSITYRequirements for applications to postgraduate 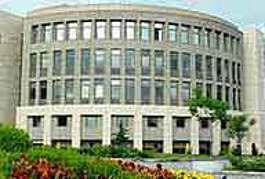 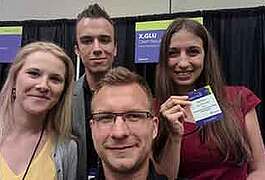 Students of the Faculty of Electrical Engineering Marek Novák, Tomas Pikous and Barbora Suchanova are developing.Thanks to their solution, the students achieved worldwide victory at the prestigious Microsoft Imagine Cup in Redmond on July 27th. This brings $ 250,000 worth of prizes. More than 50 projects have advanced to the finals of the competition from national competitions. Startup X.GLU, founded in May 2016, works with smart phones. It immediately informs the parent of the child about the measured values, also informing about the child's position. In case of complications, parents can intervene immediately. Read more ... go to the page ... news ... education ...